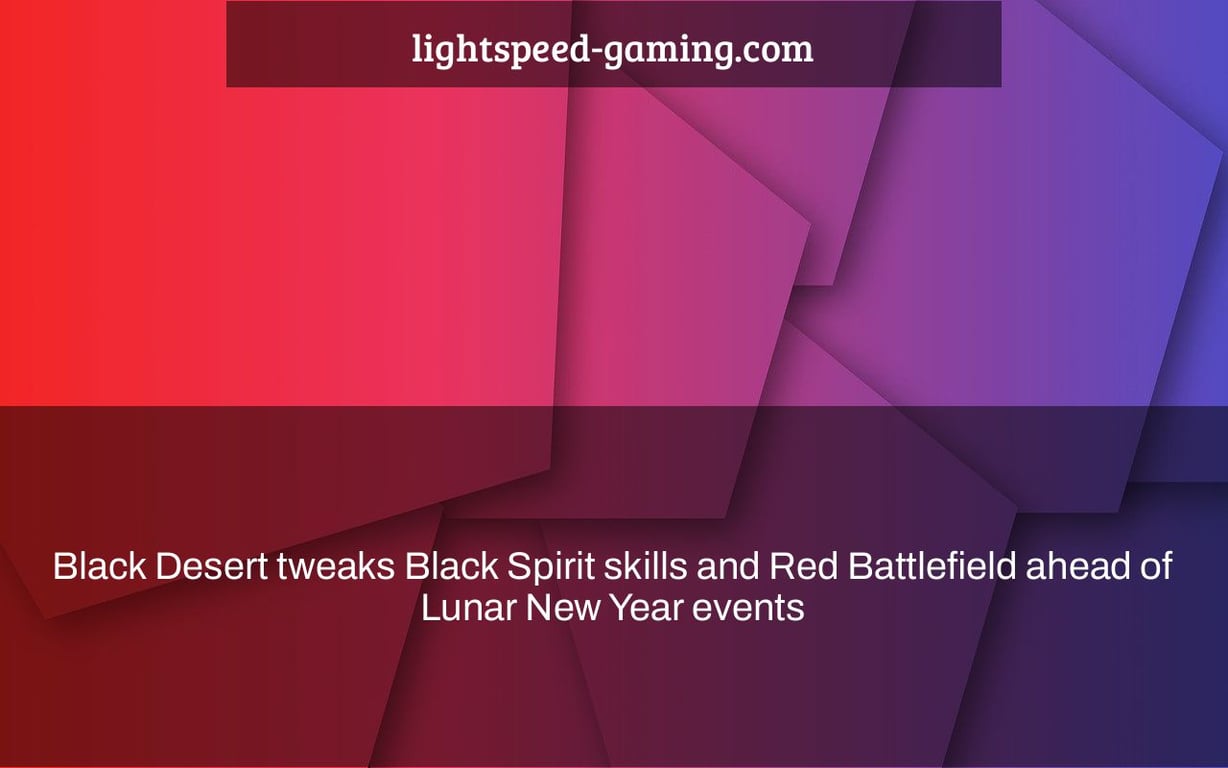 Black Desert Online has announced some exciting changes for its upcoming Lunar New Year events. The popular MMORPG is scheduled to receive a new gameplay system, along with updates on the Black Spirit and Red Battlefield in time for the celebration.

It’s patch day in Pearl Abyss’ Black Desert PC edition, and the Lunar New Year is only two weeks away, so the game is set to begin its yearly celebrations. The Lucky Rice Sieve of Good Fortune event will continue from tomorrow through February 2nd, enabling players to get rice sieves from the challenge menu and trade them for useful damage and drop rate food. For the holidays, Pearl Abyss has arranged 21 days of login goodies, including caphras stones and a 30-day artisan’s blessing.

The studio has rebalanced Black Spirit talents across the range of classes, as well as improved the Red Battlefield, in today’s release.

“Our major goal was to create a mechanism to break through in scenarios when there would be fewer chances to turn the tables because all of your conquering zones had been ruled over or there was a significant point differential. As a result, the DP limitation debuff was changed to only apply to the team occupying the conquest area when breaking through the main conquest regions that were entirely blocked by your opponents. Additionally, when you successfully occupy a conquering region, you may now earn part of the points gained there. It is feasible to both resist and devise plans to deliberately conquer and occupy places with these modifications.”

Finally, if you like PvP and play on the European or Russian servers, keep in mind that the first Global Conquest War of 2022 starts on January 29th.