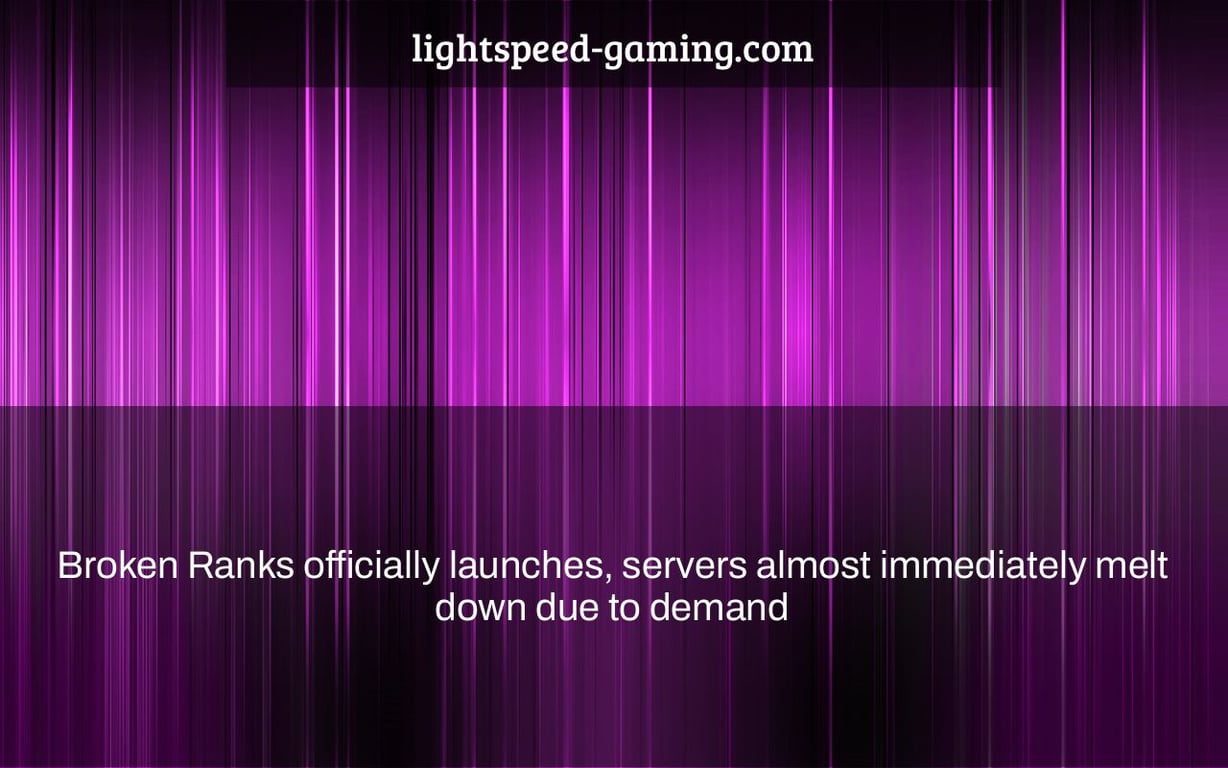 A new game, Broken Ranks by a young indie developer launches with servers in less than an hour. The company quickly realized they were unprepared and knew they would need to build their own infrastructure to handle the demand of players wanting to play.

By all indications, Whitemoon Games had a very busy day yesterday. The Polish studio’s turn-based tactical MMO Broken Ranks was released yesterday, and its servers were immediately flooded with players wanting to test it out, resulting in the typical MMORPG launch problem parade.

Players were given a heads up about server locations last week and were also allowed to download the game client ahead of yesterday’s launch, which likely helped in causing the servers to get bogged down and then ultimately become inaccessible. The devs continued to work on the problem, slowly stabilizing the servers and offering additional information regarding slow loading, error codes, and purchased platinum not arriving to buyers.

As of today, Whitemooon recounted “a rough night” in a message to players, confirming that the studio underestimated the number of people interested in playing the game. Things should reportedly be smoother now, while those who experienced an IP block should now have the issue resolved; those who don’t are asked to contact support.

Yeah – it was a rough night. Short message for you guys. We hope you will stay with us! 🤞🤞🤞🤞🤞 pic.twitter.com/tEJxoBgIHM

Previous articleHow can I watch my mixer streams? |
Next articleWhere To Catch Togepi In Pokemon Legends Arceus