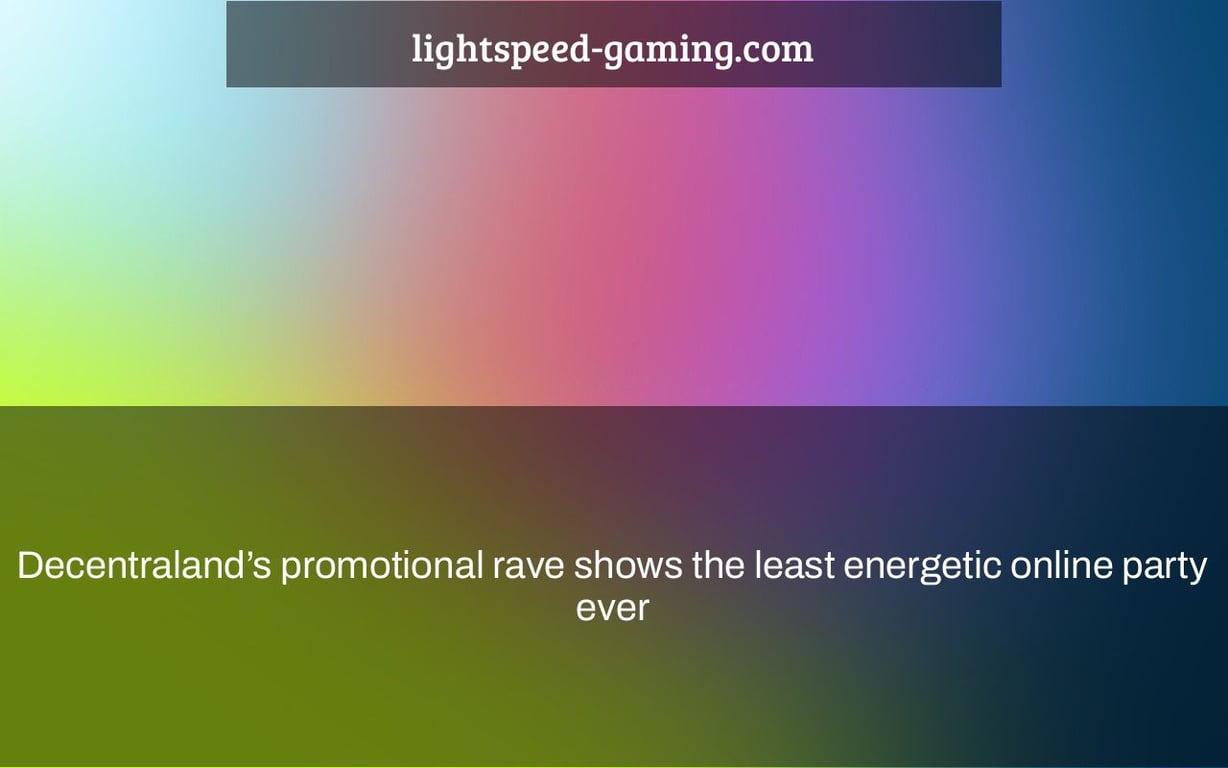 The idea of virtual reality and blockchain convergence, Decentraland’s decentralized platform is designed to be a fully immersive online world. It has been viewed as an opportunity for creativity in the gaming industry because developers can create their own games with no censorship concerns or centralized control.

“What is decentraland” is a question that has been asked many times. Decentraland, the virtual world where you can buy and sell land, has a promotional rave show. The party was said to be the least energetic online party ever.

Have you ever been to a concert in Fortnite? How about Final Fantasy XIV or Lord of the Rings Online or AdventureQuest 3D? Have you ever been to a party in any one of countless online spaces, from Second Life to World of Warcraft, filled with virtual avatars with customization and personal touches emoting, moving around, and generally looking engaged? If so, you will probably be deeply disturbed by the soulless, inactive avatars in this footage of Decentraland, captured during a recent concert (for a very generous definition of the word “concert”).

If you’ve forgotten what Decentraland actually is, nobody could blame you. It’s proudly showing off this lifeless footage proclaiming that it’s a sign of the metaverse, but its real claim to fame is being a version of Second Life with NFTs and digital land sales. What it actually looks like is a tech demo put together from stock assets with remarkably bland avatars and a lack of emotes. This is perhaps not the rousing endorsement for the metaverse that was intended. Unless its supporters wanted to show off a vision of the future lacking the vim and vigor of decades-old online games that have surpassed this in every way, shape, and form without involving NFTs at all.