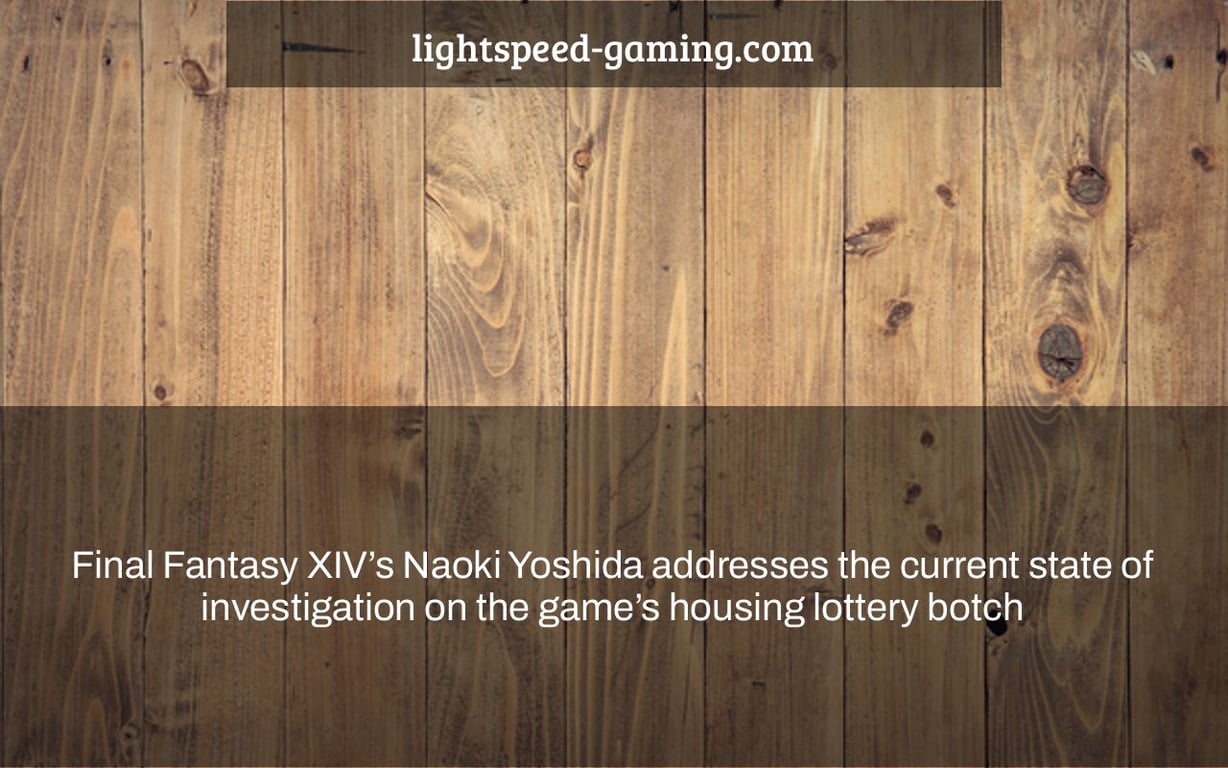 The online game Final Fantasy XIV has been under fire for the past couple weeks due to a glitch in their housing lottery. The company is facing an investigation into how the botch occurred and what they plan on doing about it going forward.

For those who missed it, Final Fantasy XIV’s first house lottery, which took place on Saturday, had some problems… concerns such as “no winner was chosen although there were several contestants” or “there was just one entrant, yet the plot still chose no winner.” These problems were not universal, but they were common, and producer and director Naoki Yoshida issued a longer statement today addressing the problems with the lottery method and describing how it is supposed to operate.

Players who don’t want to read a long technical explanation will presumably be satisfied with the major takeaway, which is conveniently located at the beginning of the letter: The team is looking into the problem; a new lottery will not be held until these difficulties are resolved; and, most crucially, the team still retains records for everyone who participated, even if they took gil refunds for losing the plot. While he does not specify a course of action for the team in light of this information, he does state that, regardless of what happens next, players need not be concerned about scenarios such as accepting the gil refund and thus losing a plot in which they were previously the only participant due to the issues:

We still have access to the lottery data, and we can check the progress of entry applications using our database server logs. These records will be used to guarantee that players who have accepted their gil refund as a result of losing the lottery will not be harmed by the subsequent actions. Please accept our apologies for any difficulty caused by these situations, but rest assured that this is not the case.

In the more technical section, Yoshida discusses the numerous factors that enable the game to determine whether or not a character is allowed to join the housing lottery in the first place, which should have no influence on the housing lottery’s final outcomes. He says the team is working on combing through the log entries for the plots where mistakes occurred and investigating the circumstances that led to this, but he doesn’t have an ETA for improvements. It’s just another blemish on the game’s general housing system and its restrictions, which has long suffered with availability in relation to player numbers; one can only guess how long this study will take and what the final remedies will be.

World of Warcraft is testing a ‘social contract’ for its players in 9.2.5