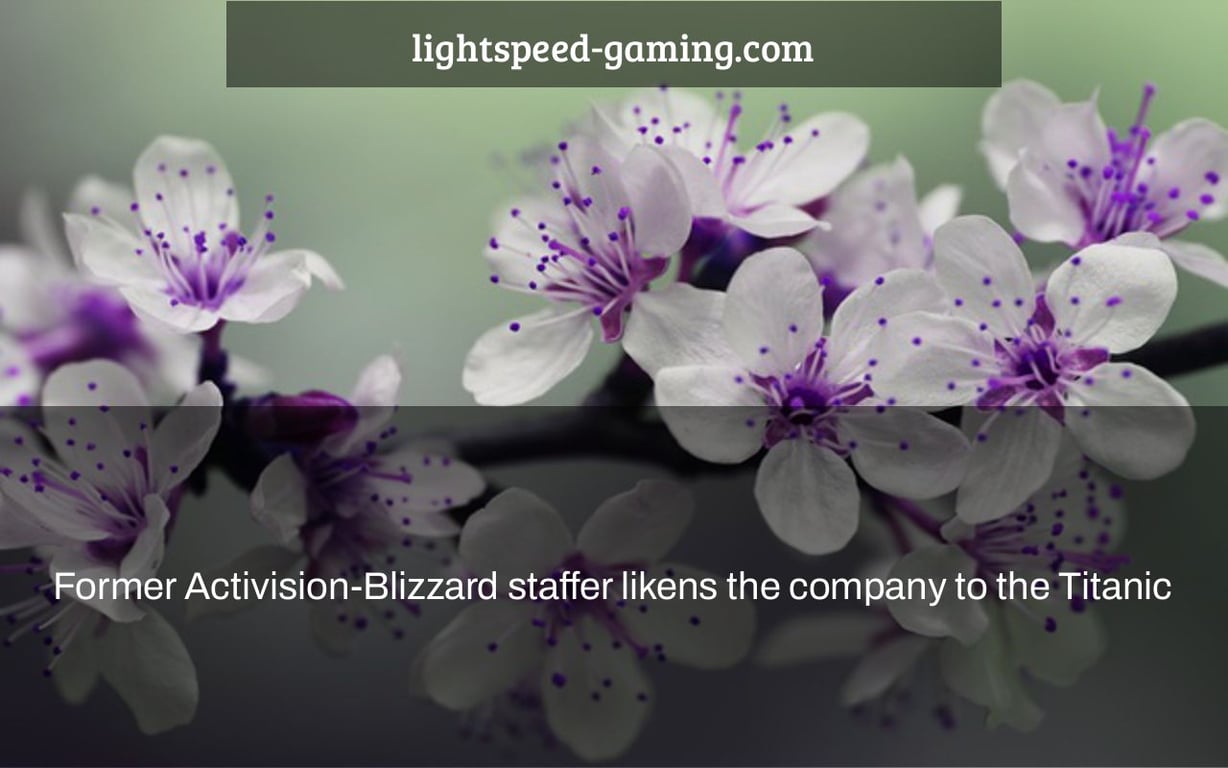 Former Activision-Blizzard Staffer likens the company to the Titanic, saying that whatever idea they put out was “a bit too big for its own boots.”. With huge risks come even bigger opportunities and there are a few things about to happen in gaming that could propel the industry forward.

Remember when “our mentors are departing in droves” – one Blizzard employee’s lament about the studio’s plight – was one of our quotations of the year a few years ago? That was before the Activision-Blizzard sexual harassment and discrimination lawsuit and scandal in 2021, and it’s a sentiment echoed again in a new report from PC Gamer, which spoke with some of the female employees who’ve left the company in recent years, including one who compared the company to the Titanic – and got off the ship before it started sinking.

The three interview participants’ tales aren’t something you’ve never heard before, which is exactly why it’s so crucial to pay attention. The women describe a culture that was more akin to a “dysfunctional family,” in which everyone saw and knew about the ongoing abuses by “rockstar” developers, but human resource reps were drinking with the “biggest offenders” at some of these “work” events – including a swingers party – and did nothing. One lady said that she felt so frightened yet so compelled to drink with her colleagues that she pretended to be inebriated to get through. Mike Morhaime was singled out by two interviewers as the one who allowed this inappropriate behavior to happen. And that’s just the tip of the iceberg, as the ladies talk about sexism and racism in recruiting and promotions.

“Do they believe rioting is bad?” one of the ladies speculates. “We were expecting a reckoning.”

The third interviewee states, “Every single individual I know is in a better situation than they were during their tenure at Blizzard.”

Meanwhile, the Raven QA Activision-Blizzard strike continues, and if you’re curious about the problems QA and contractors face in the industry, one Activision QA has laid it all out on Twitter, noting that contractors are frequently laid off during profitable quarters, exploited into crunch with the carrot of full-time employment, instructed not to interact with full-time workers, and underpaid without benefits. “Temporary employees often get the brunt of crunch in the industry and are made to work incredibly long hours during this time (anywhere from 12-16 hours a day, often 7 days a week with few days off),” the worker writes, noting that it’s not sustainable for the workers – let alone for the games.

Due to a lengthy run of controversies in the MMO and gaming field over the past several years, including the Blitzchung boycott, huge layoffs, labor issues, and executive pay controversy, Activision-Blizzard is regarded a problematic corporation in the MMO and gaming industry. The company was sued by the state of California last summer for fostering a work environment that was riddled with sexual harassment and discrimination, and the company’s disastrous response has only added to Blizzard’s ongoing pipeline issues and the widespread perception that its online games are on the decline. Employees are on strike and demanding Bobby Kotick’s resignation, prompting many state and federal organizations to investigate the corporation.

Diablo Immortal System Requirements – These Are the PC