How to Datamine Android Games for Fun and Profit 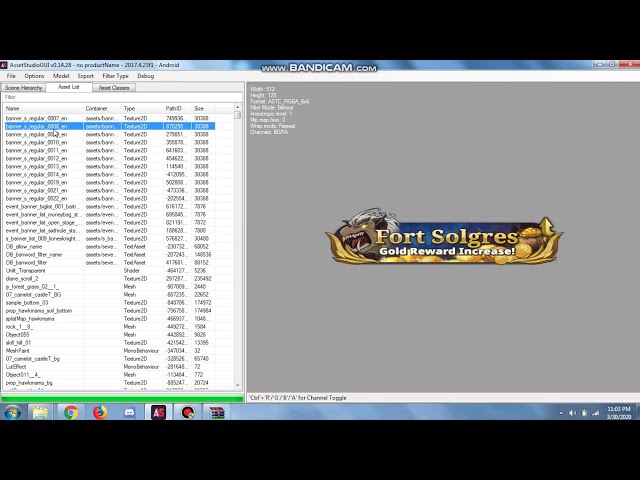 Android games are a great source of entertainment for people of all ages, and there are millions of them available to download from the Google Play store. But what if you could datamine them to reveal hidden secrets, or even make money from your findings?

In this article, we’ll show you how to datamine Android games for fun and profit. We’ll start by discussing what game data is and why it’s valuable, then we’ll show you how to extract it from Android games using a tool called Apktool. Finally, we’ll discuss some ways that you can use your extracted game data to improve your gaming experience or make money from your findings.

So whether you’re a casual gamer who wants to uncover hidden secrets in your favorite games, or a more serious player looking to make some extra cash, read on to learn how to datamine Android games!

What is Android Datamining?

Android datamining is the process of extracting data from Android games. This can be done for a variety of reasons, such as to create cheats or hacks for the game, to understand how the game works, or to simply gather information about the game. Datamining can be a complex process, but it can also be a lot of fun. Let’s get into the details.

What do you need?

To datamine an Android game, you’ll need two things:
-A rooted Android device
-The game you want to datamine installed on your device

If you don’t have a rooted Android device, you can still datamine most games by using a tool like Charles Proxy, but the process is a bit more complicated and not all games will work with Charles.

Once you have your rooted device and the game you want to datamine installed, open the game and start playing until you get to the point where you want to start datamining.

For this example, we’ll be datamining Clash of Clans, so we’ll start by opening up the game and logging in.

To datamine an Android game, you will need to:

1. Extract the game’s data files. This can be done with a file extractor like 7-Zip or WinRar.

2. Find the game’s database file. This is usually a .db or .sqlite3 file.

3. Open the database file in a SQLite editor like SQLite Manager.

4. Run queries against the database to find interesting information.

Android games are becoming increasingly popular, and with good reason. They’re usually free-to-play, they’re available on a wide variety of devices, and there’s a huge selection to choose from. But did you know that you can datamine Android games to discover hidden features, game mechanics, and other secrets?

Datamining is the process of extracting data from a game client or server. By datamining Android games, you can reverse engineer them to find out how they work, what data they use, and even how to mod them. You can also use datamining to create your own tools for cheating or hacking.

However, datamining can be difficult, and it’s often hard to know where to start. That’s why we’ve created this ultimate guide to datamining Android games. We’ll show you how to get started, what software you need, and where to find helpful resources. We’ll also give you some tips and tricks for datamining successfully.

So if you’re ready to start uncovering the secrets of your favorite Android games, read on!

What can you do with the data?

One of the fun things you can do with your newfound knowledge is to find game bugs and exploits. These are usually pretty simple to find by just poking around in the data files, and can often be used to give yourself an advantage in the game. For example, in the game “Clash of Clans”, I was able to find an exploit that would allow me to get free gems (the in-game currency) just by changing a few values in the game data. While this may not seem like a big deal, it can save you a lot of money if you’re someone who spends a lot of money on in-game purchases.

Once you have your hands on some valuable data, you can sell it to the highest bidder. This is a common practice in the world of business, and there are many companies that are willing to pay top dollar for quality data. If you have something valuable to sell, you can make a lot of money by selling it to the right buyer.

In conclusion,datamining can be a fun and profitable hobby if you know what you’re doing.There are many different ways to datamine, and each has its own strengths and weaknesses. The most important thing is to find a method that works for you and to be patient. The rewards can be great, but it takes time and effort to find them. Thanks for reading, and good luck!

Previous articleHow to Draw the Squid Game Character
Next articleHow To Create A Game On Roblox?