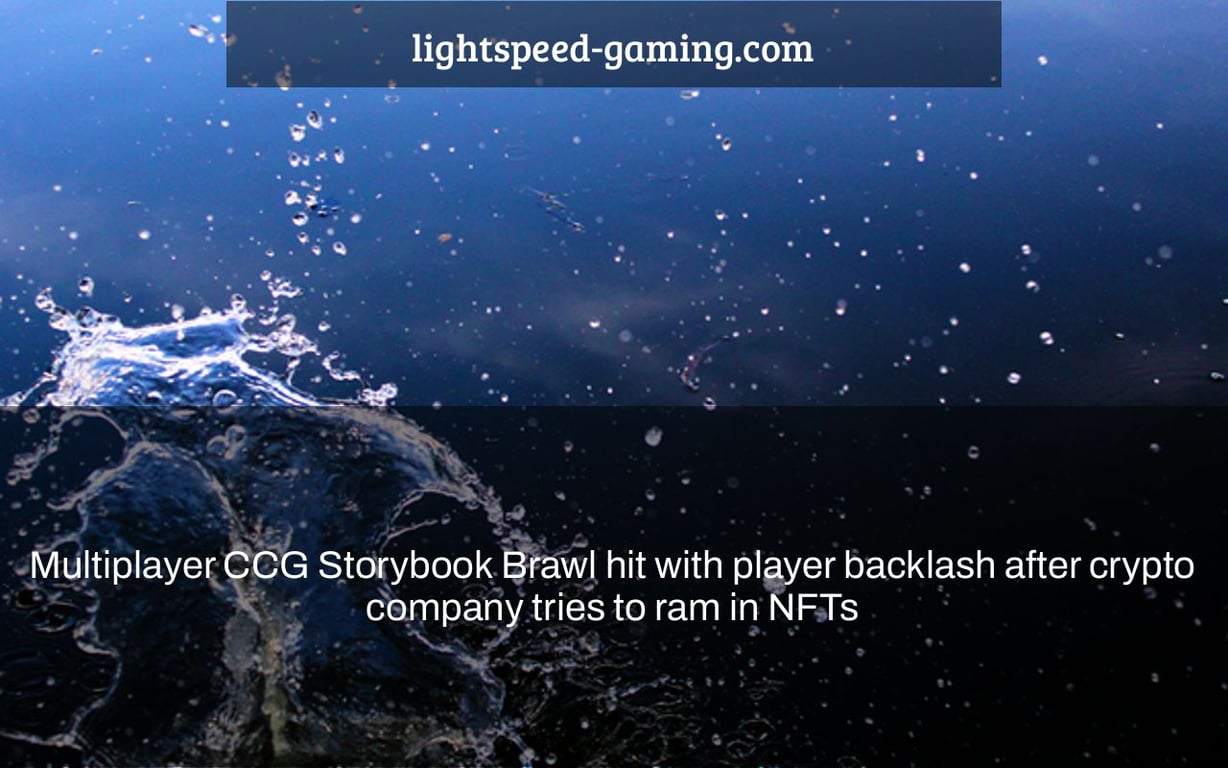 The player backlash has been swift and hard, with the community expressing that their personal privacy rights were violated by the game’s questionable business practices. Some players had already banned themselves from playing because of how shady the developer was.

Don’t look now, but another cryptocurrency business is attempting to bring NFTs and gaming together, despite the fact that the great majority of gamers either dislike or ignore the technology. Our attention is drawn to Storybook Brawl, an early access multiplayer CCG produced by Good Luck Games that, by all accounts, had a reasonably active and robust playerbase, to the point where it was hosting tournaments with cash prizes.

Last week, the devs announced that the studio was acquired by FTX, a cryptocurrency exchange company that has been trying to make inroads into the gaming space. In the announcement, Good Luck Games promised that NFT and blockchain integration “has to be ethical and make the game better for players” and that “fun comes first,” while shared Discord messages from one of the devs stated vague intentions for “non-cosmetic angles” and exploration of “a lot of different things” in the NFT space, and FTX almost immediately began hawking NFTs based on the game (which are literally the same image just with different numbers tacked on to the digital receipt).

The outrage to this news was nearly immediate, prompting a review bomb campaign on Steam, a community outcry on Reddit, and a Twitter backlash that was greeted with equal fury by crypto enthusiasts.

The developers, for their part, have been focusing on philanthropy as a possible way to clear the red on their karmic ledger; during the game’s January qualifier, the devs were giving out charity donations, and SBB’s founder announced an art asset giveaway at GDC, with the 10% fee that FTX charges on sales or trades of related art assets being split 50-50; half goes to the artist, the other half to the FTX Charity Foundation. This amount per trade is mentioned as being in addition to the studio’s standard salary for card artists. Despite this, it seems that the playerbase is catching on to the ruse.