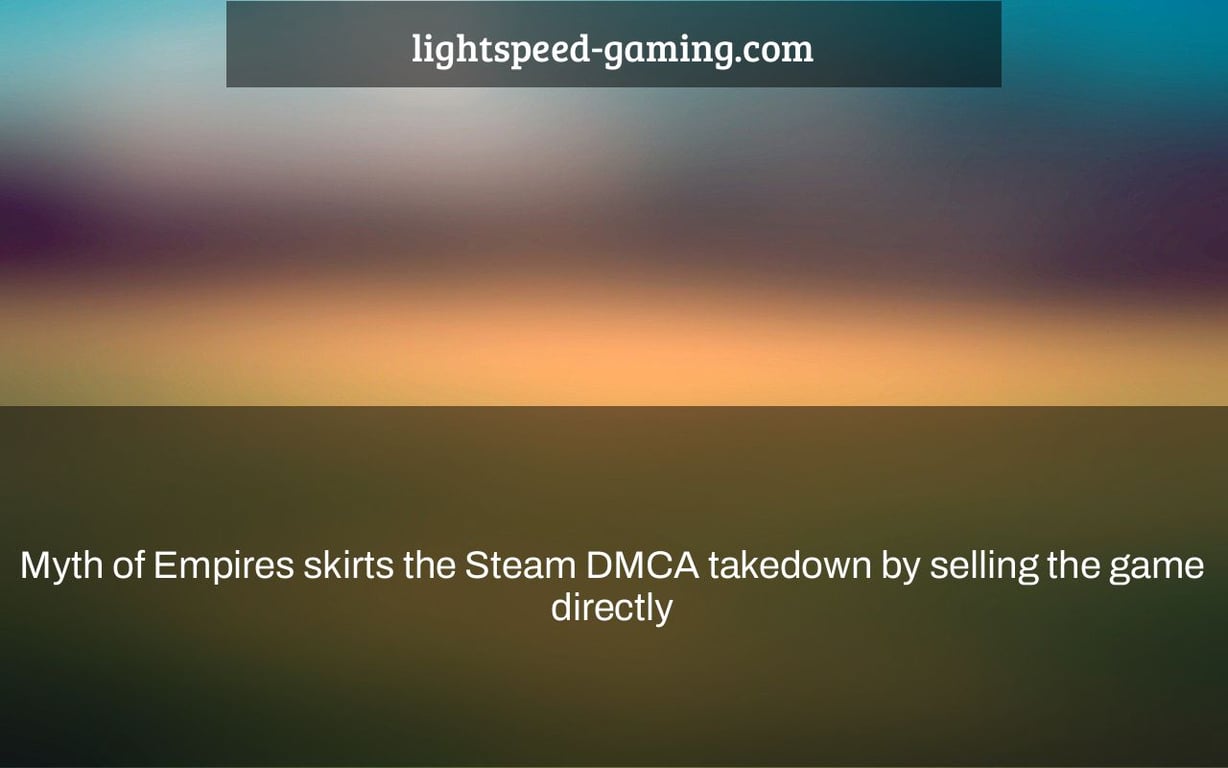 This game has been pulled from Steam due to the developers not having their rights cleared by Valve Corporation. The game was being sold on another platform where it will continue to be available for purchase, but now there is a chance that players who pre-ordered the title may get refunds.

The “myth of empires” is a game that was removed from Steam for copyright infringement. However, the developers have found a way to sell the game directly on their website without facing any legal repercussions.

Angela Game, the creator of Myth of Empires, seems to be unafraid to sell the game despite being removed from Steam and sued for copyright infringement. In reality, the developer has gone the straight route and decided to sell the game on its own website.

This “International Vanguard Edition” will have its own dedicated launcher, which is presently in development and will start and update the survival strategy game, with players from both this version and the Steam early access edition using the same servers. A single copy of the game will set you back $30, while a three-pack will set you back $90, however both versions are presently on sale to match the game’s Steam pricing.

Of course, this does not imply that the copyright case will be dropped: Snail Games is accusing Myth developer Angela Game of stealing code from ARK: Survival Evolved in order to create Myth, and the accusation is so serious that Snail Games recently filed countersuits against Angela Game, distributor Imperium Interactive Entertainment Ltd, and server host Tencent for simply being associated with Angela Game. Regardless, Myth of Empires is still playable, and it can now be purchased again.

How To Watch Free NFL Games Without Cable