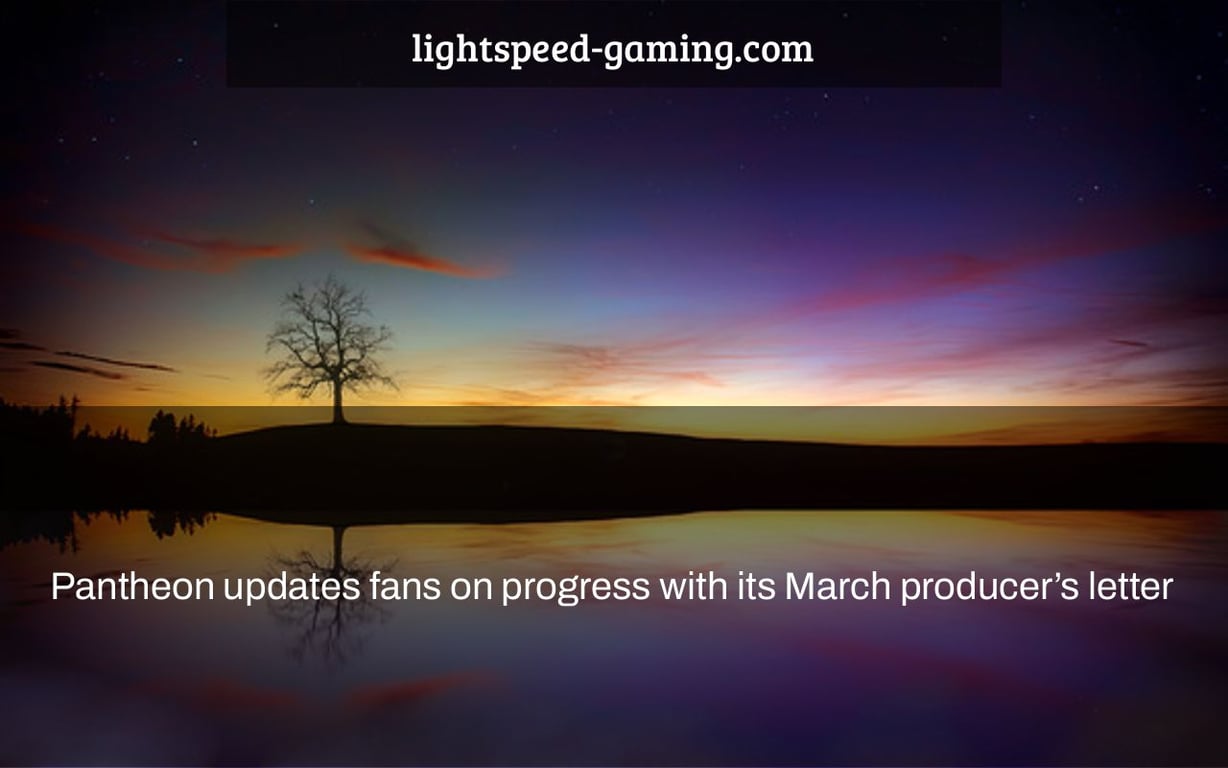 Mattias Leichtling, the director of Pantheon: Rise Of The Fallen, has released a new update on his company’s progress with its March producer’s letter. He also discussed upcoming changes and maintenance for players should they encounter any issues or bugs.

Pantheon: Rise of the Fallen is a free-to-play MMORPG based on Greek mythology. In their recent producer’s letter, Pantheon has given fans an update on the progress of the game.

The new producer’s letter should offer you optimism if you’re looking for signs of life in Pantheon: Rise of the Fallen. Since the previous producer’s letter, many things have been changed or enhanced, beginning with the completion of the game’s HDRP conversion. As a result, work on the game’s classes and network upgrade has begun, however the latter must be finished first before the Summoner, Druid, and Ranger classes can be given the attention they deserve.

“As part of our quest to be playtest-ready, we’re devoting more of our development resources to our next significant milestone: the long-awaited networking integration. We’ll have a fully scalable infrastructure ready to manage the player loads of Alpha, Beta, and launch once our new networking solution is in place. This is a significant milestone for us, and we are delighted to say that concentrated networking work has started and will continue until it is completed. In addition to the massive improvements in player-load scalability, performance, and stability, completing this networking phase will allow us to finish several other aspects of development, such as our pet system, charms, full-scale ranged combat mechanics, and the rest of the Classes that have been put on hold due to their reliance on better networking scaling.”

Crafting and collecting are also progressing, as is properly modeling the game’s many zones and ensuring that the necessary animations for motion and activity in those zones are in place. If you’re interested in learning more about what the team has been up to in the last month, read the newsletter. It seems that expanded testing is drawing near.

The “pantheon rise of the fallen reddit” is a blog post where Pantheon updates fans on progress with its March producer’s letter. The blog post includes information about how the game has changed since its release, as well as what is coming in the future.

Previous articleBetawatch: Throne and Liberty is the new name for what was once Lineage III
Next articleProfane showcases new customization options and releases an updated roadmap