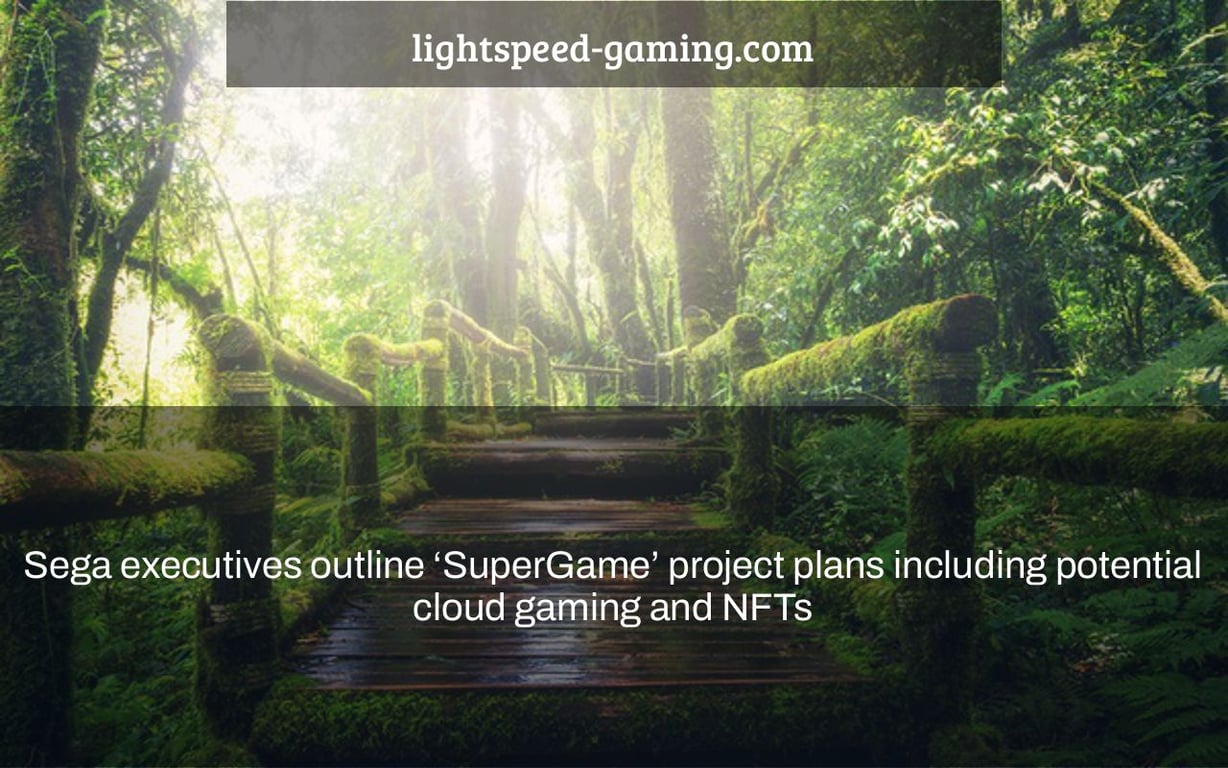 Sega has announced the formation of a new company called Sega Sonic to explore blockchain technology and NFTs in gaming. At their booth at E3, they showed off an unnamed game with cloud streaming capabilities that was powered by blockchain technology. It remains to be seen how successful this venture will be for them given the current market conditions but it seems like everyone from Procter & Gamble to Sony is looking into cryptocurrency in some way or form these days so there’s no telling what could happen next!

Sega’s executive team outlined their plans for the “SuperGame” project at a recent press conference. The company is working on a cloud gaming service, as well as NFTs and other projects.

Despite Sega’s own CEO warning in January that the NFT gambit would be shelved if it was “seen as mere money-making,” it seems that the company is still moving ahead. A translated internal interview with multiple Sega executives on Sega’s recruiting website mentions a “SuperGame” project, which will look at cloud gaming and NFTs, among other things.

Sega’s five-year strategy is known as the SuperGame project, and it entails “the production of AAA games that straddle Sega’s full spectrum of technologies.” According to reports, the games under this initiative will be multi-platform, multi-language AAA worldwide releases, with numerous projects already in the works.

Furthermore, the SuperGame project will focus on cloud gaming technology and NFTs, which producer Masayoshi Kikuchi sees as “a logical extension for the future of gaming.” “We’re also building SuperGame from the standpoint of how far various games may be linked to one other,” Kikuchi continues. It seems that these intentions are still somewhat hazy, but it also appears that Sega is still interested in incorporating this technology into games.

The “sega avoids nfts” is a project that Sega is currently working on. The project is about creating a hybrid gaming experience for the future, which includes cloud-based gaming and NFTs.