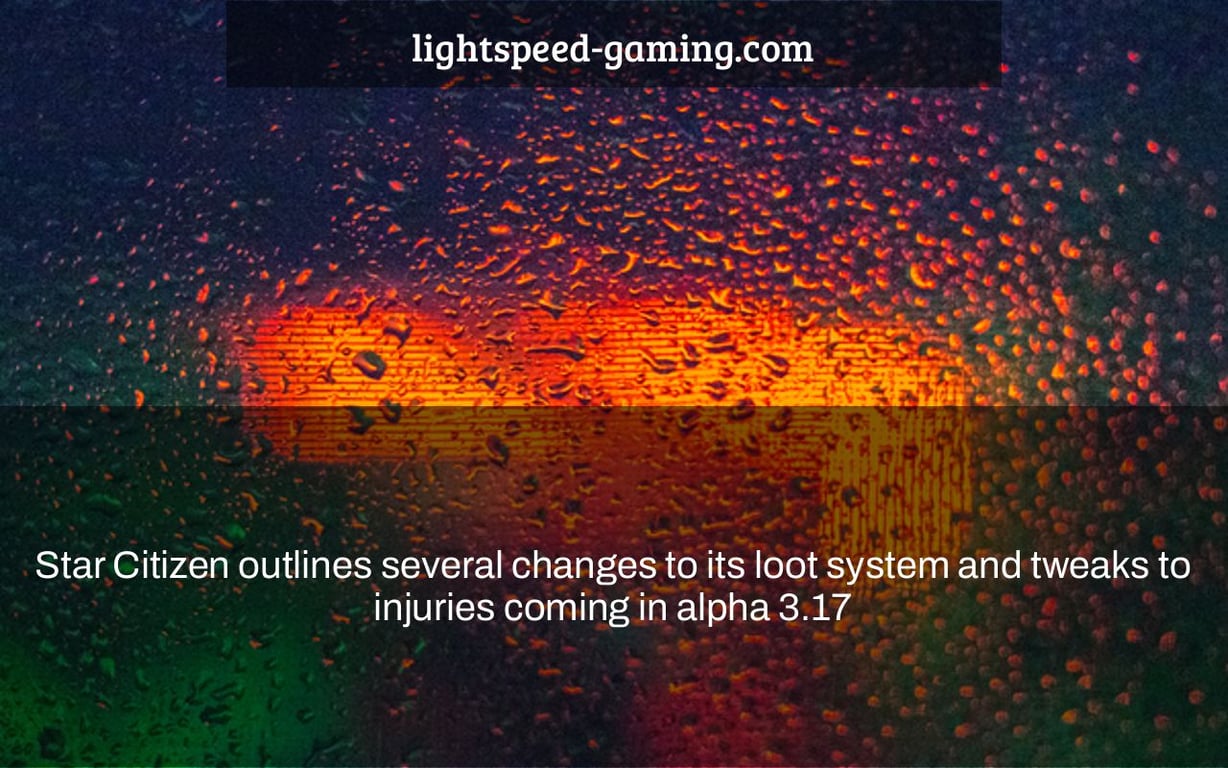 In the latest dev log for Star Citizen, programmer John Pritchett detailed several changes to its loot system and tweaks to injuries coming in alpha 3.17. The overall aim of these changes is one that will make combat more immersive than ever before while at the same time making it easier on players who might not be as into FPS-style games

While the forthcoming alpha 3.17 release of Star Citizen aims to bring new features like as the Hull A and a river, it also looks to be focusing on upgrading current systems, as seen by this week’s Inside Star Citizen video, which covers the game’s loot system and medical gameplay.

In terms of loot, players will soon find common, uncommon, and rare things in boxes, as well as specific items being taken from stores to add to the scarcity. Players may also anticipate more personalized loot based on their current location, as well as many changes to the store UI for selling undesired things. When it comes to shop selling, pricing will fluctuate depending on factors such as item rarity and store availability, and some products will only be sold at certain locations.

In terms of injuries and character statuses, 3.17 will lessen the severity of the bleed status effect, add fewer instances of insta-death from being shot in specific places (such as the foot), make hunger and thirst statuses persist between game sessions, improve body dragging, and fix a bug that grants players a crimestat when they ram into their own corpse. Future upgrades will address people misusing the respawn button, perhaps resulting in penalties such as making respawns pay credits or introducing permadeath; it’s worth noting that these changes are scheduled for some unspecified period in the future.

Long-time MMORPG fans may recall that Star Citizen was initially Kickstarted in 2012 for nearly $2 million, with a 2014 release date scheduled. It is still in an unfinished but playable alpha as of 2022, after raising over $400 million from players via years of ongoing crowdfunding and sales of in-game ships and other assets. It is presently the most crowdfunded video game ever, and it has been met with unwavering support from fans and skepticism from detractors. Squadron 42, a co-developed single-player game, has also been frequently postponed.

Previous articleThis Means Warp is a Jagex-published spaceship management roguelike now in early access
Next articleBetawatch: Throne and Liberty is the new name for what was once Lineage III