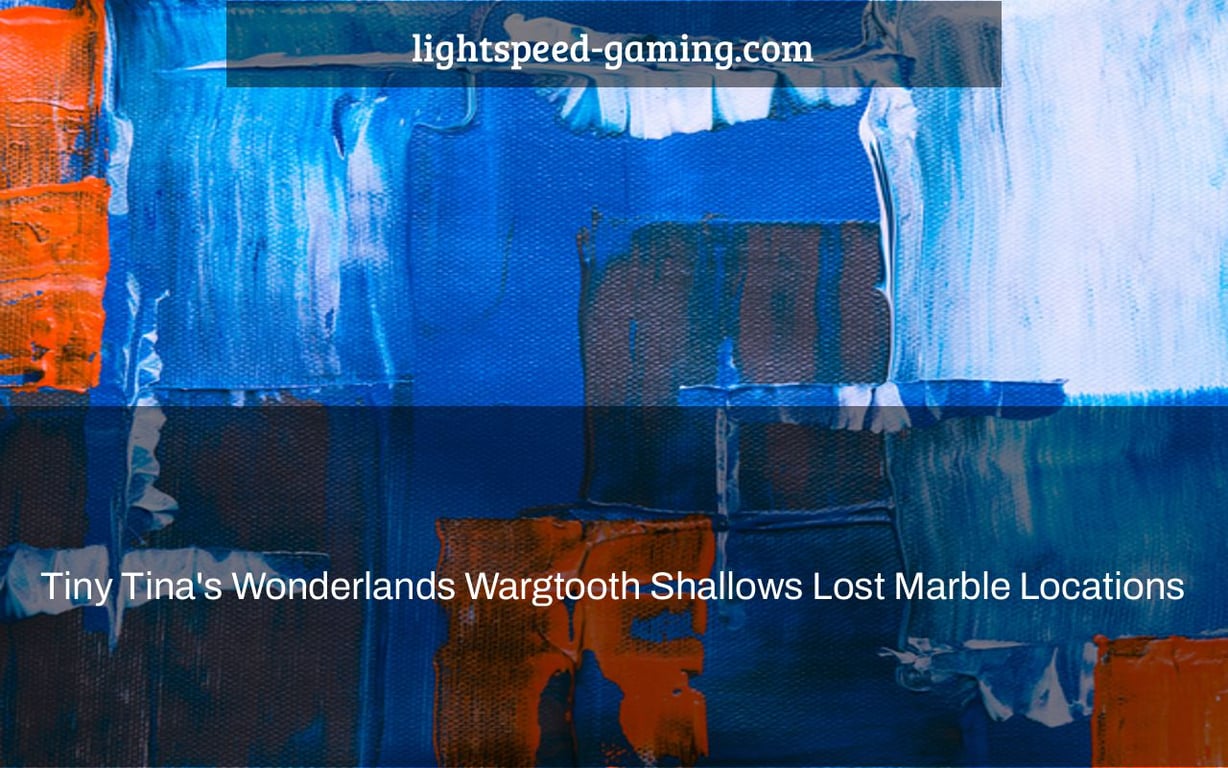 As the main game’s lead character, Tiny Tina is a playable slayer who starts off with five pets. She can equip and upgrade her weapons, items that provide special abilities like temporary invincibility or rapid fire, collect loot from fallen enemies such as health packs and credits to purchase new guns at different levels of rarity.

Several different sorts of Campaign Challenges may be found in most of Tiny Tina’s Wonderlands’ key regions. One such task is The Lost Marbles. The majority of locations have at least two Lost Marbles buried, however some maps only seem to hide one. There are two Lost Marbles to be found in this region, Wargtooth Shallows.

The first time you played Lost Marble, Follow the narrative missions in Wargtooth Shallows until you reach the “Find Marley Maiden” goal in the Ballad of Bones quest. You’re on the lookout for the ship’s wreckage. You’ll arrive to a quick travel site and several vending machines where you may purchase and sell stuff shortly after completing this task. This is really close to the Marble. Simply go towards the region shown above to see a massive shipwreck buried in the rock wall. To get the Lost Marble, go inside.

You must finish a side mission in order to reach the second Lost Marble. The symbol above indicates the location of the side mission. It’s called Twenty Thousand Years Under The Sea, and it’s from a ghost named Oran. This clears the way for you to go to the region where the Lost Marble is hidden. There is a collection of wooden planks covering the floor once you reach the place where my character is standing. A massive anchor can be seen high in the sky. To reach the Lost Marble, shoot to release the anchor, which will shatter the boards and allow you to reach it.