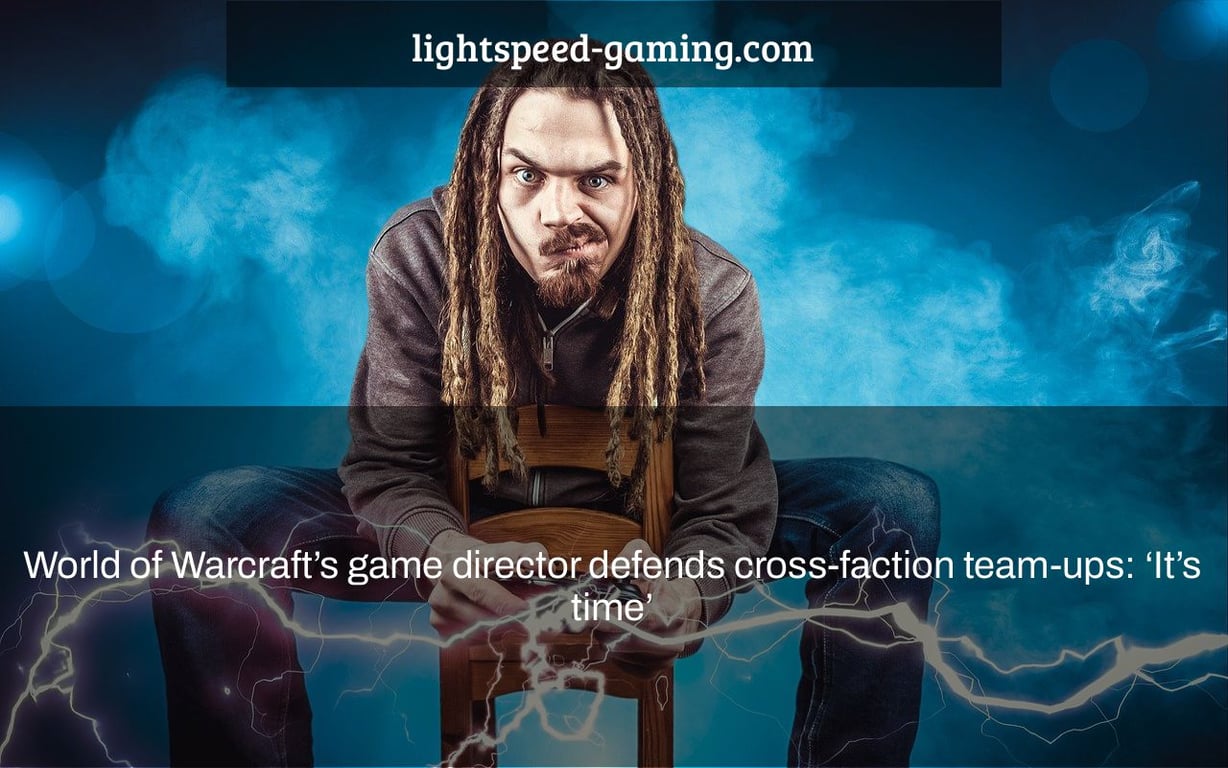 A popular World of Warcraft player decided to find out why it’s so difficult for him and his friends to team up with others in the game, only to receive a message from Blizzard that read: “We don’t allow cross-faction teaming. It’s just not possible on our end. Sorry!” Though many players might disagree with this decision, WoW director Ion Hazzikostas says they want as fair an environment as possible while also keeping multiplayer gameplay fun and engaging.

The “cross faction wow” is a feature that many players have been asking for. It allows people to team up with members of the opposite faction, which is something that Blizzard has been reluctant to do in the past. The game director has finally come out and said that it’s time.

The news that World of Warcraft would enable cross-faction raids, dungeons, and rated PvP for the first time in the game’s history sent shockwaves through the community yesterday. While the majority of gamers seem to be ecstatic – albeit with some well-deserved side-eye for the firm, considering how long players have been clamoring for this change – a tiny number on social media has declared it to be the worst thing since an enraged Elf set fire to a large treehouse.

Because such a drastic shift in design philosophy and game composition would need to be justified, Game Director Ion Hazzikostas emerged from his groundhog hole, announced six more weeks of winter, and explained why the company made such a hasty choice.

“We’ve started reconsidering items we’ve said ‘no’ to that community members have requested,” he added. “And one of them has been a desire to play with people from other factions. To be honest, we probably passed the tipping point a while ago. But with a game like this, we’re obstinate and traditionalists, and it’s difficult to say something like, “Let’s remove this core pillar of what the game has been for over a decade.” “However, the moment has come.”

So, what about guilds that span factions? They aren’t currently on the table. According to Hazzikostas, such choices are a “one-way procedure only,” therefore Blizzard is being cautious about removing faction limitations, as detailed yesterday.

Lead Software Engineer Brian Birmingham addressed WoW Classic on Wowhead as well. He discussed the current Season of Mastery rollout and the challenges of creating new content for an old MMO, acknowledging that some Classic players are eager for new raids and dungeons, but he remained evasive on the subject, saying, “I think this is probably the biggest unfulfilled hope from Classic fans […]” I wish we had more time to accomplish everything, but we always have more ideas than we do.”

The “wow director” is defending the recent decision to allow cross-faction team-ups in World of Warcraft. The game director, Ion Hazzikostas, believes that it’s time for the change and that this is what players want.